I was asked if I would write about how Covid has affected racing in my area of the USA and what riding and training I am doing right now with the pandemic rolling along like an un-trued wheel.

Just a quick bio on who I am. My name is Quinn Winter, and I am 48 years old and have been part of Knolly Knation since 2016. I race cat 1 downhill, ride a little freeride when I can, but pedal a lot to stay in shape for racing. I was born and raised in Las Vegas, Nevada, and still reside here. I started mountain biking in 2012 and was baptized by some of the gnarliest terrains you could imagine riding as a beginner, located in southern Nevada, and Utah. I have been very fortunate to attend iconic events and meet big- name riders because of where I live. My current sponsors are Knolly, DVO Suspension, Deity, Maxxis, 100%, 7 Protection, Mynesweepers, and Patrick's Signs. March 2020, the day after the final race in the DVO Winter Gravity Series, the USA and most of the world was on lockdown due to the pandemic. Everything was on hold but race promotors were doing everything they could to safely get racers to the starting gate during these unprecedented times. USA Cycling was working to have the National Championships in Colorado, but by late June, most of and if not all races and series were starting to get canceled or were canceled. Even Red Bull Rampage got canceled which was a huge bummer because that has been part of my annual pilgrimage of camping and riding for a week straight since 2012. I and a large group of friends still went to Virgin during what was

supposed to be the time frame of Rampage and met up with about 250 to 300 people that have all camped in the same area to celebrate riding and life and we dubbed it Campage! From the end of March 2020 to December 2020 minus the Campage event, life looked pretty bleak around the world and the only saving grace was having the outdoors at our disposal to escape people and the fear and threat of Covid. We were getting out to ride 3 to 5 times a week either in the early morning, afternoon, or night rides weather permitting, and were able to get some urban freeride missions at the Las Vegas Strip which would have never happened any other time but was accessible due to pandemic closures. Certain bike parks were open and following guidelines but we were accessing trails by shuttle or pedaling in Nevada, California, Utah, Colorado, and Wyoming to avoid crowds, not in the fear of Covid but just to explore areas we hadn't traveled to. Most of us, when not riding, were training at each other's house using free weights, bands, pullup bars, or whatever we could use to stay

in shape and race-ready for the time we could get back between the tape. During these downtimes, I taught myself to manual like the big dogs and started the process of learning how to do suicide no handers, landing my first batch in my garage bunny hopping into them. We would also challenge ourselves to learn all kinds of car park tricks or work on bike skills whenever we could. January 2021, with strict guidelines in place races, were opening at Bootleg Canyon and Fontana. The Bootleg Canyon DVO Winter Series had strict guidelines to follow to limit the exposure and impact of Covid which included limiting the number of racers that could enter and no spectators were allowed unless they were volunteers to marshall, but that was even a limited number. I had heard that after the first race of the season in Fontana, the second race was shut down mid-race because of Covid and they haven't had one since. The DVO Winter Gravity Series has concluded successfully and even had the appearance of Aaron Gwin, defending USAC National series champion Steven "Swalto" Walten, Cody Kelley, Joey Forresta, Dante Silva, Cole Suetos, and other household name pros or up-and-comers that

attended. I was able to walk away winning the cat 1 40 plus series riding my new 2020 Delirium dubbed "Murder Mullet". I am getting notifications now by email that other race series are currently scheduled on racing for the 2021 season including the first round of the USAC DH National series( Windrock just concluded), National Championships, PNW Cup, Big Mountain Enduro, Utah Gravity Series, and Big Bear racing to name a few, and just heard that the US OPEN is has scheduled their race in Big Bear, California. Let's all keep our fingers crossed that these events stay on the schedule and happen including local and regional races wherever you live, but in the meantime just like fellow Knation rider "Fendog" quoted from his favorite mtb film RIDE YOUR F#%KING BIKE!!! It doesn't matter your skill level just enjoy what the two-

wheeled freedom machine provides and be stoked that you can!!!!! 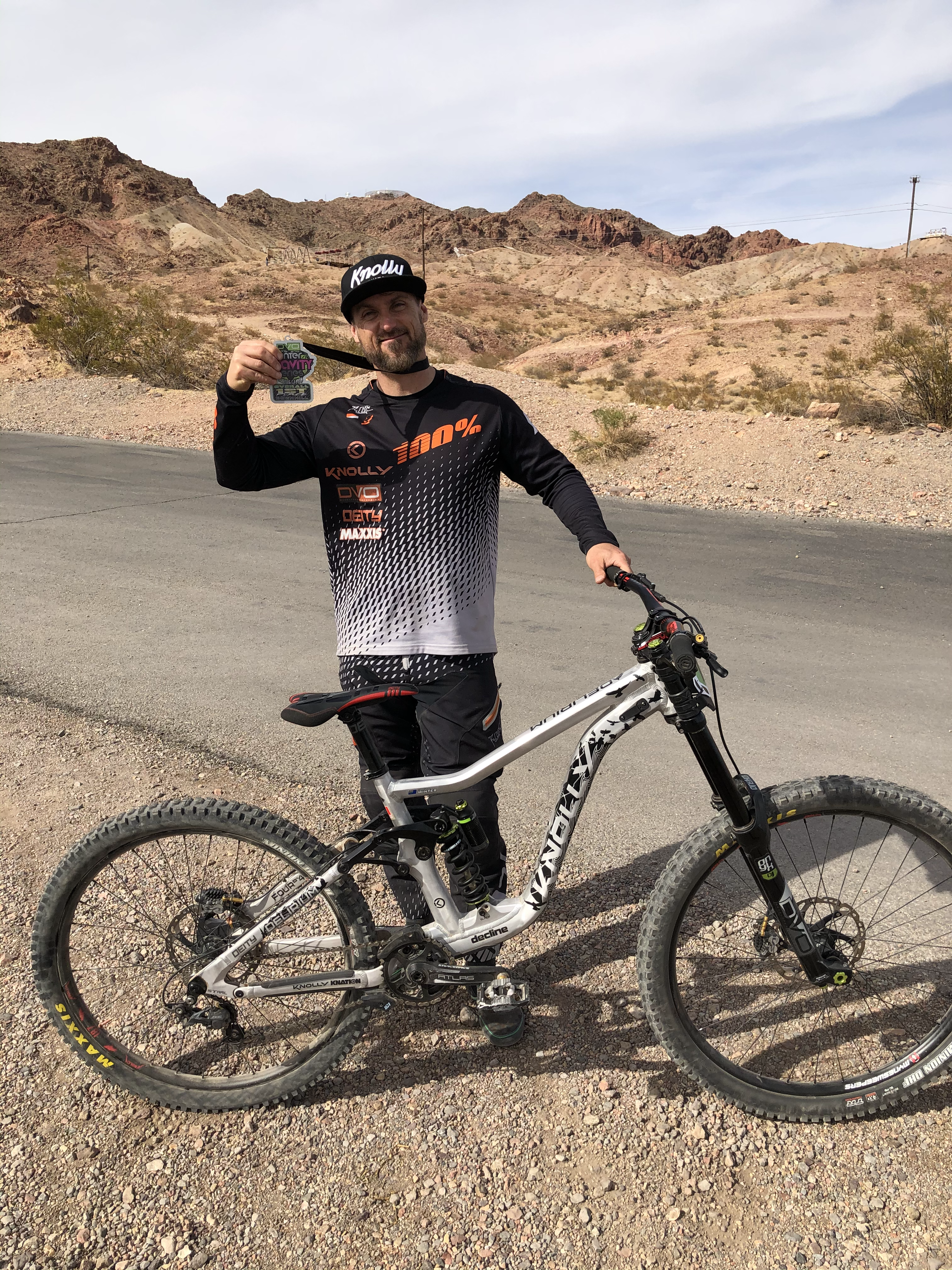